Bev walked into the foyer and dropped her purse on the table. Looking up the mass stairs that led to her bedroom she cringed. The thought of going upstairs and sleeping in the same bed with her husband made her sick. She hadn’t told her friends about her true feelings for Pete. They hardly understood why she stayed during his cheating. How could she tell her friends she felt like a failure, like she had no choice but to stay? She had no job skills. While Pete was busy busting his ass to become a doctor, Bev had been home barefoot and pregnant. She put aside her career to raise children. She’d never regret the decision to have children, she only wished she’d gone to college and gotten herself a career. Then maybe she wouldn’t feel so stuck in a loveless marriage.


Instead of climbing the stairs, Bev went into the kitchen and made herself a cup of tea. Harlow’s discovery was like reliving her own horrors all over again. While she hadn’t actually caught Pete in the act, she knew he was cheating just the same. The smell of women’s perfume on his clothing, receipts for dinners at expensive restaurants. Oh, Pete tried explaining the dinners away as business meetings, but she was no fool. Credit card charges for clothing at women’s stores, clothing that never made it to the Landry household. Once she even found a receipt for a well known jewelry store. Instead of saying anything to Pete, she kept her mouth shut and acted like the doting wife. She always had meals on the table when her husband arrived home. The house was spotless, despite having two children. His dry cleaning always hung in his closet waiting for him. Pete had the good life. He had his cake and ate it too.


Deep down she knew she should have told Harlow the minute Pete told her. Christ, if Pete suspected Charlie was cheating, Bev knew he was most likely right. After all it takes one to know one. Nope, instead she foolishly kept the information to herself, well except for telling Jayne. She had to talk to someone. Jayne had agreed that they shouldn’t tell Harlow unless they had solid proof and dinner didn’t seem solid enough. In Charlie’s defense dinner with your boss wasn’t unheard of.


Frustrated, Bev drank the remains of her tea. After rinsing and loading it in the dishwasher, she dragged her heavy feet up the stairs. Prolonging the inevitable, she stopped in Connor’s room. His even breathing let her know he was sound asleep. His soft blond hair fell over his eyes. Bev shed a single tear as she moved the lock of hair out of his face and placed a kiss on his forehead.


She did the same in Sara’s room.


Stopping off in the bathroom she washed off her make-up, put her face cream on. She wanted to avoid getting wrinkles at an early age. Glancing at her reflection in the mirror she looked tired and defeated. She shouldn’t have bags under her eyes at thirty. Thirty was the new twenty, at least that’s what all the magazines were claiming. So why was it her reflection looked like it aged ten years overnight? She took two aspirins to avoid a headache in the morning. Bev knew it was time to crawl into bed. She’d give her husband the obligatory kiss goodnight and pretend she was the loving wife.


Pete was fast asleep, snoring louder than a train barreling down the tracks. No kiss tonight.


As she slipped out of her clothes and climbed under the covers Bev couldn’t help but wonder what life would be like had she waited to have children – even for just a few years. Would she have discovered Pete’s infidelity and left him? She wasn’t sure. There was only one thing she was sure of right now.


She couldn’t pretend much longer.
Posted by Unknown at 2:00 AM 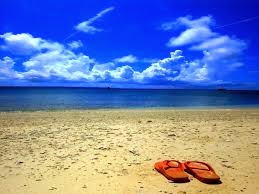